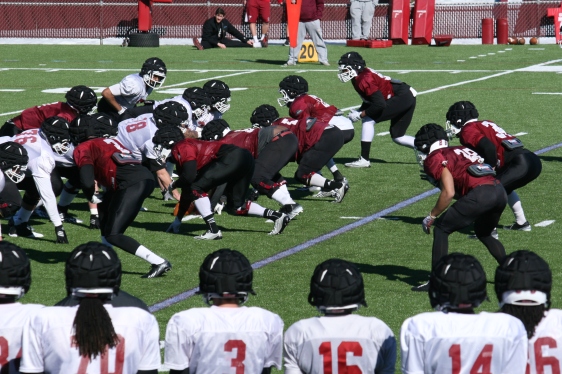 An onside kick is a type of kickoff used by a team as an attempt to get the ball back when they’re down by only a few points late in the game.  The trick is that you have to kick the ball ten yards for it to be a legal play, but you don’t want to  give the other team the chance to field the ball if you kick it too hard. The best example of a successful onside kick is the one that sent Seattle to the Superbowl this year — it’s really a finesse thing, as most football plays are, and in my “career” of watching football, most of the onside kicks I’ve seen have bounced right into the opposing team’s hands.

5 thoughts on “O Is For Onside Kick”