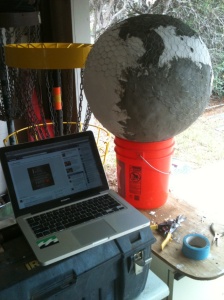 She tried to be a good mother, even when it meant finishing her son’s project for him, but as she looked up the directions online, she found herself growing more and more irritated. Was it too much to ask for a thank you once in a while? He hadn’t even kissed her goodnight before going to bed, leaving her up to her eyeballs in papier-mache and chicken wire. It would serve her son right if she refused to bail him out, but her heart wouldn’t let her abandon him. Even at midnight, the world was not enough for a mother to give her son.